There was a battle brewing. I was setting lunch on the table, and my daughter decided to sit in a chair other than her usual one. “Please move over into your chair,” I asked.

“I want to sit here,” she replied.  I explained that we were having soup and I didn’t want it to spill on the carpet, so I wanted her to sit on her own chair, which has a plastic mat underneath. I explained how much easier it would be to clean up spilled soup from the plastic mat than the carpet.

My usually agreeable child looked at me and repeated, “I want to sit in THIS chair.”  Oh, I thought. She wants to sit in the chair that her friend sat in yesterday.

“Ok, I can move the chair to your spot so that it’s over the mat.”

I clenched my fists at my side. Why won’t she just do what I say? Wouldn’t life be easier if other people always did just what we wanted!

What to do with a defiant child?

My parents were pretty “old-school” when it came to discipline, regularly using spanking, grounding, loss of privileges, extra chores, long lectures, and shame. As a child, I often thought about how I would be more understanding as a parent.

When I became old enough to think about having a family, two separate parents related to me that they only spanked their kids if they were defiant. With my upbringing, it sounded like great advice. Of course, now I’ve come a long way from that thinking. Punishment is not an effective solution. And I would never spank nor advocate for spanking a child.

So the question remains: what DO you do when your child is defiant?  How do you get them “back in line?” Here are four simple steps that will move you from conflict back to cooperation. 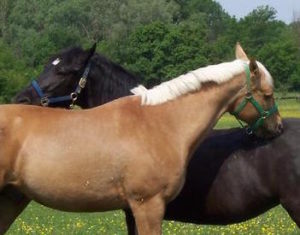 Remembering that we’re on the same team takes a lot of the sting out of conflict. Win-win relationship by Alex_brollo. CC BY-SA 3.0

But how will they ever learn respect?

Ah, that other R word! Children learn respect by first learning what it feels like to be respected. Would you respect a boss who rolled in and demanded your obedience without ever listening to your own perspective on the matter? While you might comply with them, I seriously doubt you would ever go to them for advice, or offer a better way of doing things.

Children also learn respect by watching us respect ourselves. When our desires come into conflict, we don’t toss up our hands and say, “I just don’t know what to do with them.” We don’t retreat or give up or feel resentful. Instead, we actively engage with them until we find a solution that works for BOTH of us.

When my daughter refused to move over to her own chair, I was quickly losing my patience. I wanted to pick her up and plop her into her own chair and just get it over with. I thought about just letting her sit where she was, but the vision of soup puddling on the carpet made me anxious.

So I turned it over to her. “How would you like to solve this problem so we don’t get any soup on the rug?”

She thought for a moment, then surprised me by switching around some placemats. “Now I can sit in my chair,” she announced happily.

I have no idea why switching the placemats was key for her. (Does anyone really understand the mind of a toddler??) But by enlisting her help in solving the problem, I avoided a drawn-out battle of wills. We were able to enjoy our meal together.

What could have been a battle was instead a moment where my daughter got to experience being heard, solving problems, having her needs met, respecting someone else’s needs, and cooperation.  For sure, that’s a win-win!

Your turn: Which of the 4 Rs is most difficult for you? Do you have any other tips for dealing with defiance? Tell us in the comments.